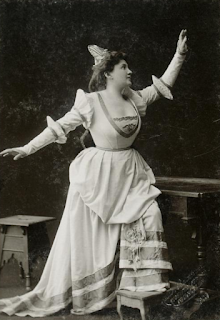 Her real name was Hermine von Flick. She studied singing under Ms. Aurelie Jäger-Wilczek in Vienna and made her debut in 1898 at the Hoftheater in Wiesbaden as Ännchen in ‘’Freischütz’’. She remained there until 1900 and in the 1900-1901 season sang at the Vienna Court Opera. Since 1901 until her retirement (1926) she was a member of the Munich Court Opera. In 1903 she appeared in the Munich premiere of the opera ‘’Le Donne curiose’’  by Ermanno Wolf-Ferrari (in the Residenztheater) as Colombine, in 1906 she sang here (again at the Residenztheater) in the premiere of the opera ‘’I quattro rusteghi’’ by E. Wolf-Ferrari, in 1912 at the Court Opera in the world premiere of the opera ‘’Franfreluche’’ by Wilhelm Mauke. In 1910 she created G. Puccini's Butterfly for Munich, in 1911 the Octavian in R. Strauss’s ‘’Rosenkavalier’’ and J. Massenet's Manon, in 1913 the Zerbinetta in ‘’Ariadne auf Naxos’’ by R. Strauss. She appeared as a guest in 1905 and 1914 at the Berlin Court Opera, in 1910 at the Court Opera in Dresden, in the 1908-1911 seasons several times at the Vienna Court Opera,  in the 1905-1915 seasons at the Court Theater of Stuttgart, in 1907 at the Deutsches Theater in Prague, in 1908 at the Vienna Volksoper, from 1906 to 1915 at the Frankfurt a.M. Opera House, also at the opera houses of Cologne and Leipzig, at the Stadttheater in Bremen, in 1906 and 1907 at the Riga Opera House, in 1912 at the Théâtre de la Monnaie in Brussels and in 1921 at the Stadttheater in Basel. Guest performances also brought her great successes in Russia; she sang in St. Petersburg among others as a partner of Mattia Battistini. In 1912 she made guest appearances at the Municipal Theater of Zurich as Susanna in ‘’Figaros Hochzeit’’, Violetta in  ‘’Traviata’’ and as Frau Fluth in ‘’Lustigen Weibern von Windsor’’. At the Covent Garden Opera (1907) she appeared in ‘’Bartered bride’’ by B. Smetana's and ‘’Die Meistersinger von Nürnberg’’ of R. Wagner. In 1913 she was heard at His Majesty's Theater of London in the English premiere of the Richard Strauss’s opera ‘’Ariadne auf Naxos’’. The same season, again at the Covent Garden Opera she sang the role of Octavian in R. Strauss’s ‘’Rosenkavalier’’. She remained active until 1926 at the Munich Opera (1924-1926 as a guest). From 1924 to 1930 she was a teacher at the Hoch Conservatory in Frankfurt a.M., then in Munich. Her daughter Elly Bosetti appeared in the 1930’s as soprano (debut in 1935 at the Municipal Theater of Bamberg as Lola in ‘’Cavalleria Rusticana’’).

Posted by Ashot Arakelyan at 10:58 PM No comments: 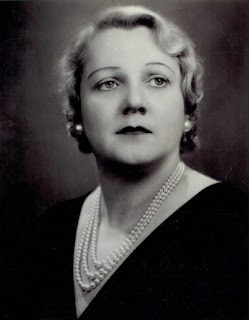 Her real name was Lisbeth Sättler. Already in her childhood, she showed an amazing musical talent and performed Schubert songs at the age of seven. First she studied piano (1912-1913), then singing at the Conservatory of Dresden, and finally with the Dresdner educator Otto Watrin. She made her debut at the Dresdner Hofoper in 1915 as Arsena in "Zigeunerbaron" and had her first great success there as Agathe in "Freischütz". In 1919 she sang the role of Empress in the Dresden premiere of  "Frau ohne Schatten" by R. Strauss. On 11. 12. 1917 she appeared in Dresden in the premiere of Hans Pfitzner's "Christelflein", on 23. 2. 1920 in Hugo Kaun's "Der Fremde". Then  she performed at the Hofopern in Vienna and also in Berlin. She was very successful at the Leipzig Gewandhaus concerts. She remained in Dresden until 1922 and then joined to the Metropolitan Opera in New York, where she had brilliant successes from 1922 to 1942. Her debut role in New York was Aida. Here she also sang in 1928 in the premiere of Respighi's  "Campana sommersa".  Arturo Toscanini called her voice the most beautiful soprano he has ever heard. In the 1928-1940 seasons she performed again and again at the San Francisco Opera,  from 1934 to 1941 at the Chicago Opera; she also appeared at the Ravinia Festival near Chicago. In 1923 and 1928 she sang at the Havana Opera,  in 1925 and from 1934 to 1939 at the Covent Garden Opera in London, in 1929 at La Scala in Milan (as Aida under Toscanini) and in 1934 at the Teatro dell'Opera di Roma. In 1936 she appeared with great success in R. Strauss’s  "Rosenkavalier" at the Covent Garden Opera in London. She was also heard in her native country: on June 6, 1928 she appeared in the title role at the Staatsoper in Dresden in the world premiere of R. Strauss’s opera "Die Ägyptische Helena". At the Salzburg Festival she sang the role of Konstanze in Mozart’s "Entführung aus dem Serail" (1922), in 1933 she performed as Leonore in "Fidelio" and in 1937 as Donna Anna in "Don Giovanni", in 1933 she sang the soprano solo in the G. Verdi’s ‘’Requiem’’. Concert tours have taken her through North America, Canada, Australia and Europe. Her first husband was the merchant Albert Doman. In 1957 she married the baritone George Cehanovsky (1892-1986). In 1942 she retired from the stage. In 1944 she gave a final concert at the New York Town Hall. She continued to live in New York. Her repertoire included Aida, Donna Anna, Desdemona, Leonora in "Trovatore", Butterfly, Tosca, Agathe in "Freischütz", Maddalena in "Andrea Chénier", Sieglinde, Elsa, Elisabeth in "Tannhäuser" and Sieglinde in "Walküre".

Posted by Ashot Arakelyan at 8:19 PM No comments: 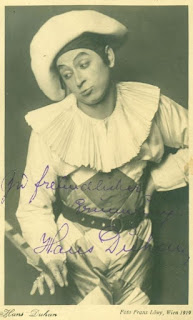 He studied at the Vienna Academy of Music and made his debut in 1910 at the Municipal Theater of Opava, where he performed until 1913, in the 1913-1914 season he was engaged by the Municipal Theater of Teplice-Schönau. In 1914 he became a member of the Vienna Court Opera. He remained a principal baritone of this opera house until the end of his stage career (1940). In Vienna, Hans Duhan gained great popularity, as well as at the Salzburg Festival, where he repeatedly appeared in Mozart roles. In 1922 he sang the part of Don Giovanni at the Salzburg Festival. In 1922 and 1927 he appeared there as Count in ‘’Figaros Hochzeit’’, in 1928 as Papageno in ‘’Zauberflöte’’. Until 1937 he gave recitals there, which were highly appreciated by festival audiences. On 4. 10. 1916 he appeared in Vienna in the premiere of the revision of the Richard Strauss’s opera ‘’Ariadne auf Naxos’’, in 1934 in the world premiere of F. Lehár's operetta ‘’Giuditta’’ (20. 1. 1934). He guested in Amsterdam in 1922 (and again in 1924 in a guest performance by the ensemble of the Vienna State Opera with ‘’Ariadne auf Naxos’’). His repertoire included King Solomon in ‘’Königin von Saba’’, Amfortas in ‘’Parsifal’’, Frank in ‘’Toten Stadt’’, Scarpia in ‘’Tosca’’ and Escamillo in ‘’Carmen’’. In 1930 he created the song cycle ‘’Reisetagebuch aus den österreichischen Alpen’’ by Ernst Krenek. In 1938 he sang in Vienna in the world premiere of the oratorio ‘’Das Buch mit sieben Siegeln’’ by Franz Schmidt. Since 1932 he was appointed as a professor of the Vienna Music Academy. He also worked as director and conductor at the Vienna State Opera. He also composed several vocal works.

Posted by Ashot Arakelyan at 1:42 AM No comments: 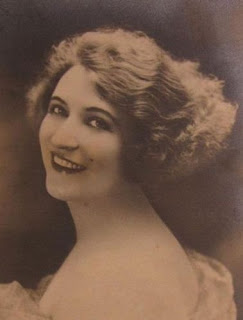 She was discovered at an amateur singing competition by the director of the Lyon Opera Gaston Beyle.She made her debut at this opera house in 1919 as Micaela in ‘’Carmen’’. For ten years she sang at provincial French theaters before she was engaged by the Grand Opéra in Paris in 1921. Here she made her debut as Mathilde in ‘’Guillaume Tell’’ by G. Rossini. Until 1930 she remained a celebrated member of the Grand Opéra, where in 1928 she sang the title role in the premiere of G. Puccini's ‘’Turandot’’. In 1926 she performed in Madrid, Barcelona and Monte Carlo, in 1928 in Brussels, in 1929 in Cairo. In 1928 she sang the part of Marguerite in ’’Faust’’ at the Covent Garden Opera in London. In 1927 she appeared at the Opéra de Monte-Carlo as Marshal in ‘’Rosenkavalier’’, Rezia in ‘’Oberon’’, Marina in ‘’Boris Godunov’’ and as Thaïs in J. Massenet’s ‘’Thaïs’’. She also performed at the opera houses of Liège and Antwerp. In 1930 she joined to the Opéra-Comique in Paris.Here she made her debut as Tosca. in 1932 she appeared at the Théâtre Mogador in Paris in J. Offenbach’s operetta ‘’Orphée aux enfers’’, but soon she retired from the stage for health reasons, after she had again achieved one of her great successes at the Opéra-Comique in the title role of G. Charpentier’s ‘’Louise’’.

Posted by Ashot Arakelyan at 1:41 AM No comments: 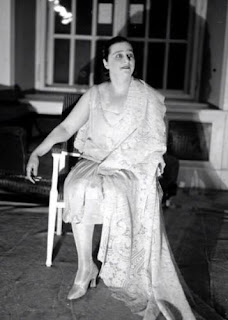 She trained at the Conservatory of Kiev under Päts and made her debut in 1913 at the Odessa Opera, where she had her first successes as Wagnerian singer and as Tatiana in Tchaikovsky's ‘’Eugene Onegin’’ and remained the leading singer of this opera house until 1921. In 1921 she left with her husband, the conductor Alexander Kitschin, Russia and settled in Wiesbaden. After further studies in Italy, she gave a series of brilliant concerts in Paris (1925) and until 1927 guested at the Grand Opéra in Paris, especially as Aida. In 1928 she was celebrated at concerts in Berlin, where her recordings were made. In 1929 she toured with an Italian opera troupe Australia. In 1931 she gave a concerts in Monte Carlo. In 1932 she made guest appearances in the Baltic States. Opposite her husband she made guest appearances  through South Africa (1934), then she taught singing in Durban.

Posted by Ashot Arakelyan at 1:41 AM No comments: